Victoria becomes the next state to recognise overseas Gay marriage

Victoria becomes the next state to recognise overseas Gay marriage

The Relationships Amendment Bill 2015 was passed in Victorian Parliament making Victoria the 4th Australian state to give legal recognition to same sex couples who have married overseas. 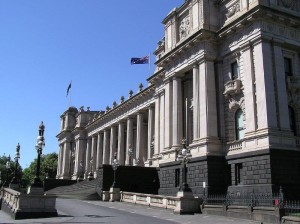 Victoria has followed the lead of New South Wales, Queensland and Tasmania in formally recognising overseas Gay marriage, but same sex marriage across the country still remains not legal.

For same sex couples in Victoria who have married overseas, this means that the Amendment to the Relationships Act 2008, will see civil unions and marriages performed in jurisdictions overseas, given the same treatment as registered relationships.

Greens Party member Sam Hibbins, who represents the electorate of Prahan on his website states,

“The federal Labor position is constantly changing. The most recent policy is that Labor MPs will have a binding vote on marriage equality in 2019, which was a big win for Bill Shorten and the right in that debate, but not so much for the men and women of Australia who just want to be able to marry their partner, although it is a good change from the Howard era Marriage Legislation Amendment Bill 2004 that enshrined ‘the union of a man and a woman to the exclusion of all others’, which was supported by the government and the opposition and opposed by the Greens.

“The Greens support this bill to improve the Relationships Act 2008. We would like to see it improved further with the option to incorporate a ceremony in the registration. But overwhelmingly we need to achieve marriage equality in Australia. It should be for the Parliament to decide. The Greens have been leading the way in parliaments across Australia, and we will continue to do so.”

It’s another step toward Marriage Equality and Equal Rights for the LGBTQi community, in Victoria and across the country.